I have just read something on facebook which I need to share, having endured a major whining session with Boo this morning.

At the moment Bear and Boo have a reward chart with various tasks on, Bear is doing very well, especially with his getting ready in the mornings. Boo however, not so much. Every time they do one of the tasks on the chart they draw a little monster in the allocated space, 10 monsters = small treat. So Bear got a monster this morning, Boo saw him drawing it on, she ran to the toilet and tried to force out a poo; she gets a monster for going to the toilet on her own and obviously thought this was more do-able than getting ready?!

Anyway cut a long story short she couldn’t do one and started whining ‘I want a monster, it’s not fair’ I tried to explain that she too would get one for just getting ready, more whining ‘I don’t want to get ready I want to do a poo’. I walked away so she whined some more. Bear rolled his eyes at me, whilst brushing his teeth – good boy.

10 minutes later and she’s still on the toilet! … And still whining. I hate the whining, it feels like my ears are bleeding. I always try to explain that I can’t understand her when she uses that voice or that it hurts my ears, whining is not going to get her what she wants etc. so, it felt like fate when I stumbled across a post on Facebook from Idealist Mum about ways to deal with it (check out the link for other top tips). I particularly like number 6 though (which I have cut and pasted below)…. so I’ve decided, we are going to decorate a glass together, her very own ‘whine glass’, then I’ll explain to her that when she whinges or moans about anything she needs to put it in the glass and empty it down the toilet – I know this will amuse her! I have high hopes! Oh, and I will definitely be buying the book ‘Monsters Eat Whiny Children’ (if only that were true!) Number 6 quote below;

Be playful. Here’s a foolproof magic trick to stop whining that’s worked for us when we’re out running errands. Or you could try reading this book to your kids. 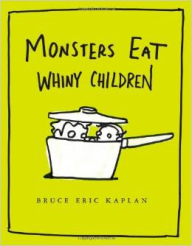 Debbie Granick of St. Louis uses a “whine” cup, or bowl or bucket or whatever’s at hand. “Whenever one of them starts, I say, ‘Here, go pour out your whine and bring me your regular voice.’ It gets a smile, or at least that ‘Oh, Mom’ look, and then they’ll usually change their tone.” She then thanks her child for using a “pleasant” voice. Or whisper your answer back. “You may have to whisper it several times, but your child will have to be quiet to hear you, and a lot of times he’ll mimic your tone of voice,” says Karen Shaffer, a mom of three in Highland, California.

Failing this; my other plan – for every whine she has I will drink a glass of it, by bedtime I’ll be so drunk I won’t care! 😉

3 thoughts on “How do you deal with whiny children?”