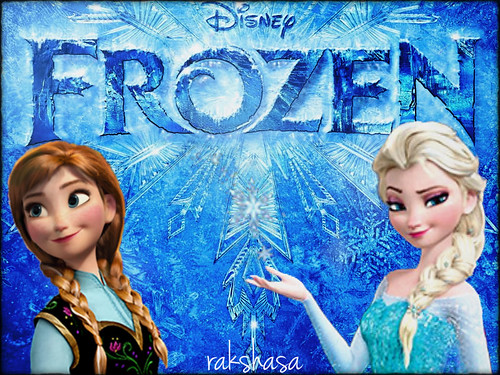 If you have a daughter aged between 2 and 7 your house probably looks a lot like mine at the moment, full of everything ‘Frozen’. So today we went out to spend Boo’s birthday money and what did she choose; yes, a singing Elsa doll. The Anna doll, the puzzles, the whole series of Frozen figures, the dress, the shoes and the colouring books clearly weren’t enough, so once again I have had ‘Let it go’ played continuously since 3pm today (that’s a solid 4 and a half hours!) and I have been knelt on the floor re-enacting the WHOLE of the film, including songs. Heaven forbid I get any words wrong, I am corrected by a stroppy 4 year old who uses a cuddly monkey which doubles up as both Hans and Kristoff and a teddy Tiger for Sven, stamping her foot when I say a word out of place. I have lost count of how many times I have had to do this, enough already! When will the Frozen Frenzy subside????? Please – Let it Go!!!! (I know, I know, but it had to be done!)